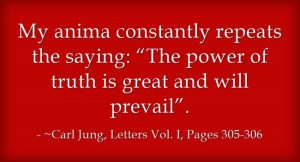 It has been said that the fastest route to the core of the human ego structure is to cease having opinions on anything. What an interesting thought.

The relative truth, spiritual alignment, or consciousness level of any given stance aside, no doubt this dynamic contributes to the emotionalized polarization of politics in these challenging, charged times.

And, while not part of this study, I suggest there are identifiable, embodied (mind-body) stress patterns associated with the beliefs, cognitions, emotions and personality characteristics that inform this.

From the review article link:

“Across five studies Hall and Raimi found that those people with the highest belief superiority also tended to have the largest gap between their perceived and actual knowledge – the belief superior consistently suffered from the illusion that they were better informed than they were. As you might expect, those with the lowest belief superiority tended to underestimate how much they knew.
Finally and more promisingly, the researchers found some evidence that belief superiority can be dented by feedback. If participants were told that people with beliefs like theirs tended to score poorly on topic knowledge, or if they were directly told that their score on the topic knowledge quiz was low, this not only reduced their belief superiority, it also caused them to seek out the kind of challenging information they had previously neglected in the headlines task (though the evidence for this behavioural effect was mixed).
The final picture is of human rationality that is flawed, but correctable, not doomed.”

For the journal source of the study, go here.