I have recently been learning more about the topic of personality and personality disorders.

What I’ve learned is that each of us has the characteristics and traits that define personality disorders, but since they exist on a spectrum, the majority of people do not experience their personality as problematic. One might be considered personality disordered if the traits and habits that make up the personality are inflexible, damaging, and/or create pain and suffering. More specifically, if one’s personality causes impairment in the ability to work, the ability to establish and sustain healthy relationships over time, and/or contributes notably to a sustained lack of contentment and happiness, then it may fall into the category of being “disordered”. Only 15% of the population are believed to have a personality disorder.

So what exactly is personality? Personality relates to how a person characteristically views themselves, the world, and how they interact with it to get their needs met. There are two aspects of personality: traits and habits. Traits are inherited and habits are learned. Traits, which comprise one’s “temperament”, account for 60% of personality, are in place at birth or by age 1, and are highly resistant to change. Habits, or acquired patterns of thinking and acting (character), comprises ~40% of personality formation, and are easier to change. Habits are largely in place by age 7.

Stella Chess, a famous psychiatrist and researcher who passed away at age 93 in 2007, created a model of 9 core traits. Dr. Chess devised a system of being able to test children within the first year of life that is able to predict with 95% accuracy where they will fall on the personality continuum by middle school/high school! One example of these traits is the extent to which a person is comfortable or uncomfortable with novelty and change – which exists on a spectrum from being highly change aversive to being a thrill seeker. Another example relates to a person’s comfort level with disorder in their environment, which exists on a spectrum from having a high need for orderliness to someone who doesn’t sweat a detail or demonstrate much of any concern for order in their environment. 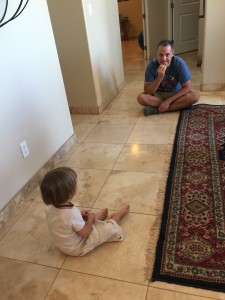 So what does this have to do with mind-body medicine?

The first is a reminder that all things “mind”, including our personalities, are found to have neurophysiological and biological correlates. It is represented not just by chemical and electrical patterns in our nervous system, but also by more “physical” patterns in terms of body language, posturing, behavior and movement patterns, tone of voice, breathing patterns, and more.

Understanding one’s own personality, using a mindfulness approach designed to cultivate non-judgmental self-awareness in the present moment, can contribute to our ability to regulate the stress that occurs when our personality interacts with others and the environment around us.

Additionally, learning mind-body medicine skills can help us support our personality’s drive to seek fulfillment of fundamental human needs such as safety, comfort, nurturance, and empowerment, in healthier ways.

I have been learning more, through introspection, about the workings of my own experience of personality. I have been contemplating which aspects are more easily changeable (habits) and which are more fixed or fundamental (traits). I am slowly learning how to work with both sides of that spectrum by meeting it all with as much self-love, acceptance, and compassion as I can, especially around the parts are a little more “rough” and create tension or friction in how I relate to others and the world around me.